CISCUL stands for Coordinated Investigation of Sulu Culture. It is a small library and museum that collects and stores materials about Sulu in the form of books, journal, pictures, artifacts. The Coordinated Investigation of Sulu Culture (CISCUL) was established under the inspiration and initiative of Fr. Frank Lynch, SJ. of the Institute Philippine Culture. It implements programs and projects in line with the goal to preserve the culture of Sulu amidst Western encroachment. Since its establishment it has served its purpose and helped researchers and Sulu scholars. The museum/CISCUL exists to facilitate and enhance the teaching, research and extension program of the college.

Its responsibility is to assist, when requested and appropriated with budget, in collecting, cataloguing and maintaining object that either serves as teaching resources for department and/or function to maintain exhibits and program. Museum/CISCUL provides services to any administration unit of the college. It is primarily concerned with objects rather than books, but otherwise its mission is similar to that of the library, in that it maintains holdings in an orderly array so that they may be easily retrieved for scholarly purposes. The Museum will serve as the college’s official repository for materials of permanent scientific or cultural value.

The Sulu musical instruments, when categorized, also fall under the four major classifications of musical instruments as classified by the Hornbostel-Sachs classifications. They are (1) the idiophones- the kulintangan, agung, gabbang and the kuwaing; (2) the aerophones- the suling and the saunay; (3) the chordophones- the biyula; and the last but not the least, (4) the membranophone the ganddang. These musical instruments create music not only singlehandedly, but in a splendid ensemble that even a renowned artist and audience in France, and some other part of the world, were stunned by its extraordinary musicality. 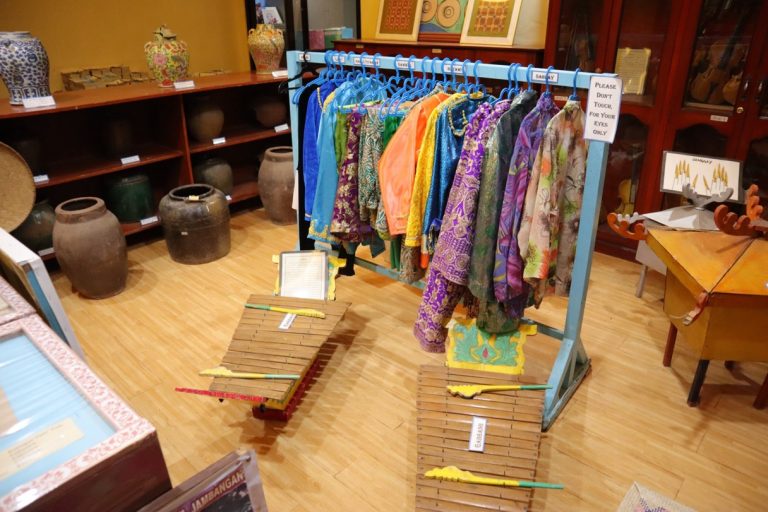 The people of Sulu were also active partners of the people in Southeast Asia, India, Middle East and China in trade and in commerce, commencing from the 7th century AD. As noted by the historians, the Sulu Pearl is one of the most precious gem that its trading partners was up to.

Through trade and commerce, cultural borrowing and sharing took place. Thus, they had developed an equally exquisite cultural heritage line with dress and accessories. These dresses are of Indian Indonesian origin as well that of the Chinese. And, by just looking at their colorful and magnificent dresses and accessories, one can say that they are highly sophisticated in their own right.

The grave markers of Sulu present a fascinating and complex subject for study. Variety of materials and variations in form and style exist not only between communities, but even within single grave site. Wood, coral, and concrete are used for forms ranging from an unadorned surface to a large, colorful, ornate, and abstract carving, or clearly recognizable human and animal forms. 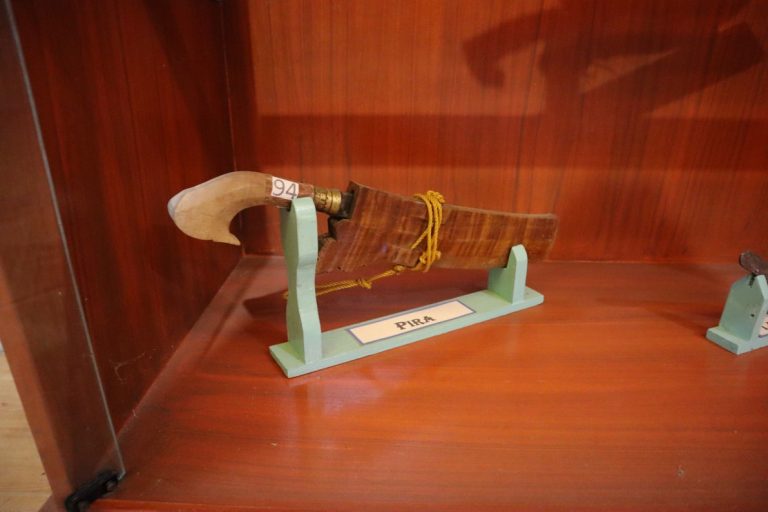 Throughout Sulu there are blacksmiths producing iron implements ranging from simple fish spears and crude bolos to the elaborate Kris (kalis) and barong. In terms of artistry the most interesting

work by Sulu smiths are decorated bladed weapons. At one time there was apparently a great variety of these, some clearly derived from Middle Eastern prototypes, but today there are only two types generally found, the kalis and barong. Traditionally these barong are passed from father to son, and it is said that barong exist in Sulu which were once used against the Spaniards and the American troops.

The ancient people of the Philippines had a rich tradition of pottery. The pottery and jars have different usages. Some potteries are used for food and beverage storage, while others are used for burials and religious ceremonies. 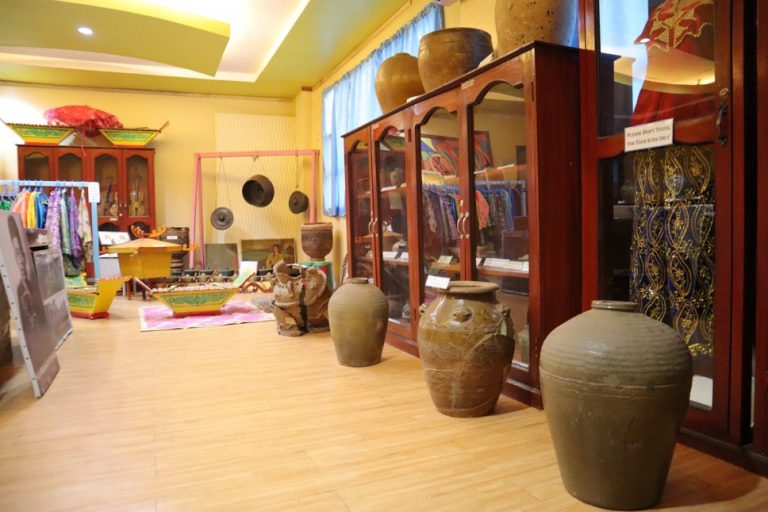 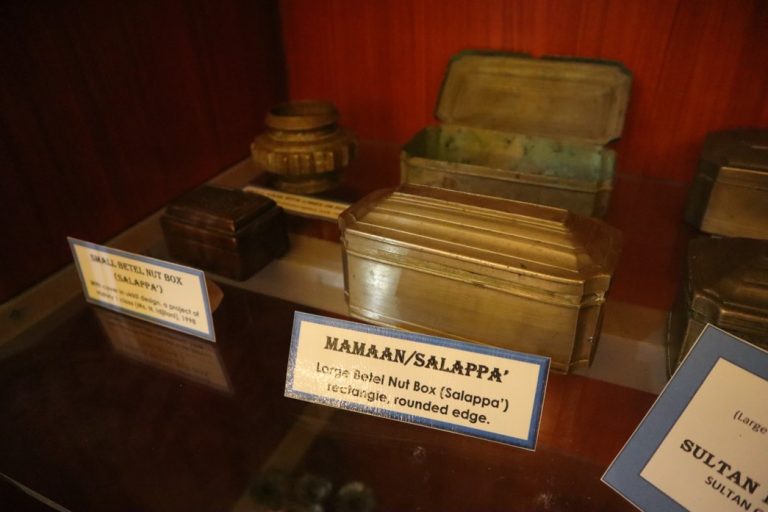 Among the Tausug royal household, brass was the common material used. These are seen in their kitchen wares like tray or talam and batunjang, brass teakettle or sili’, brass pot, pamamassalan and the most common betelnut case or pagmamaan.

The Tausug visual arts are also represented by woodworks. And these woodworks can also be seen in their kitchen utensils like ulayan – ja maker, jangatan – grater, gagawi – wooden spatula, luwag – ladle among others.

They have also all types of baskets and food container and food cover that are not simply as they are. But looking at these items closely, these are magnificent work of art that shows craftsmanship and ingenuity. Moreover, other kitchen utensils also represent varieties of food served in Tausug and Sama kitchen. For every type of how certain food recipe is created, they have a perfect utensil to create the gastronomic master pieces. Even these utensils are just made of wood, iron and stone. 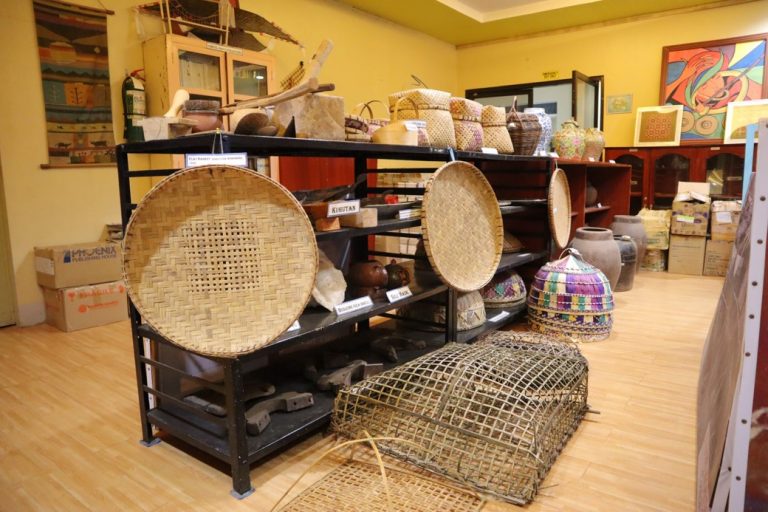