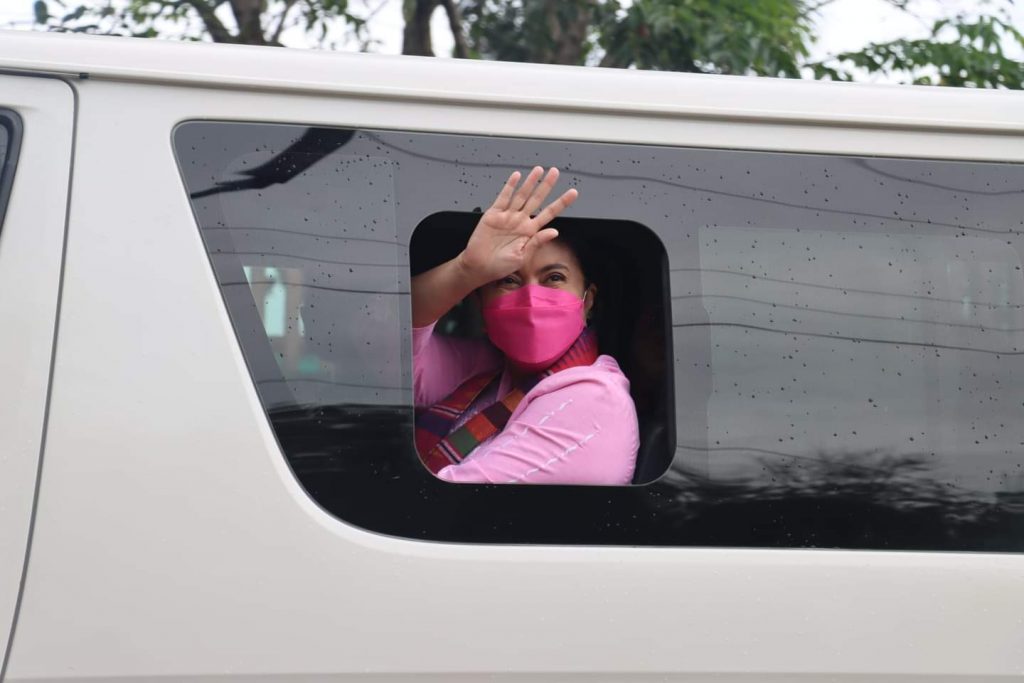 Robredo People’s Council (RPC), including Maria Leonor “Leni” Gerona Robredo, Vice President of the Philippines herself visited the NDJC Community on the 25th of January at the Senior High Covered Court for a meet and greet with her followers and to address her programs here in Mindanao.

The Vice President arrived at 11:34 am. Her presence was acknowledged by the emcee of the day, Mr. Dwezzle John Radjulie. She was welcomed with a speech by Father Eduardo M. Santoyo OMI, PhD., the college president. Following this, messages were given by Mr. Nelson Mukaram, a representative of Kapatut Bangsa Sug Inc., and Mr. Muddazer Hailanie from Change Politics Movement. The introduction of the Vice President was then handled by Mr. Al-Isa Abubakar Kuhutan, Provincial Elective Officer. After this, the Vice President took the stand and first acknowledged the warm welcome from the NDJC Community. She mentioned her visits to different areas in the country and the projects she has established. The Vice Presdient also said that she personally values Mindanao as it holds a special connection with her late husband, Jesse Robredo, who had also served the region passionately in his term. Additionally, she stated the establishment of International Organization for Standardation (IOS) to ensure that her office is clean, meaning no corruption takes place within her office.